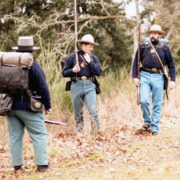 Join us for a member’s speaker series at 2 p.m. PST on Sunday, July 18, 2021 as Chris Fischer talks about the weapons of the 1858 Coeur d’Alene War in Washington Territory.

For years, historians believed the success of the Army during the Coeur d’Alene War of 1858 came from the use of the new model 1855 Springfield Rifle Musket. The leader of the campaign, Colonel George Wright, even credited the weaponry with military success.

Chris Fischer, public historian who has spent years researching the antebellum period of history, will address our members on this topic. This presentation will include a quick synopsis of why the Coeur d’Alene campaign was undertaken, its relationship to the Yakima War, and a brief synopsis of the arms used in the early part of the 1850’s. Finally, Fischer will discuss how the failures of the Yakima War were corrected during the follow up Coeur d’Alene War and how the new weapons contributed to success. This campaign resulted in the battles of Four Lakes and Spokane Plain.

By way of context: Our association acknowledges the complex history of the Fort and its role in the colonization of the area. We are actively working to incorporate the diverse perspectives and experiences of all individuals and communities who interacted with the Fort.

Members of the Historic Fort Steilacoom Association will receive the Zoom link to the presentation prior to the event. Individual memberships are $15 to $20. To become a member visit https://historicfortsteilacoom.org/membership/.

Fort Steilacoom occupies an important position in the history of early America and the Pacific Northwest. The fort played a significant role in the settling of Washington Territory. Beginning with its establishment in 1849 and ending with its closure in 1868, Fort Steilacoom served as a beacon of American power and promise, promoting the migration of settlers to Washington & securing American interest in the region. Historic Fort Steilacoom Association is a non-profit organization and all
donations are tax deductible. The Historic Fort Steilacoom Association’s mission is: Sharing and
preserving the first U.S. Army Post in the Puget Sound Region with guests. 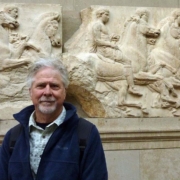