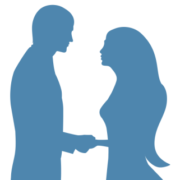 Fort Steilacoom Museum in Lakewood will host a talk 2 p.m. Saturday, Sept. 10, about the three wives of the man who supervised construction of the first official U.S. Army fort in Puget Sound.. Four of these buildings still stand in Lakewood, some of the oldest surviving structures in Washington.

Portland-based public historian Nicole Kindle will speak on the title of a paper she prepared for Portland State University, “The Many Wives of General August V. Kautz: Colonization in the Pacific Northwest, 1853-1895.”

The talk will include information about the challenges of researching and writing the history of women who left few, if any, written records. Kautz met his first wife, Kitty, a member of the Nisqually Tribe, when he was serving in what is now Lakewood. The tribe today includes many dozen members who are descended from Augustus and Kitty.

In 1865, Kautz married Charlotte Tod, who died three years later of typhoid fever. He married Fannie Markbreit from 1872 until his death in 1895.

Kautz was a lieutenant when he supervised the construction of the fort, the first official U.S. presence in Puget Sound, in 1857 and 1858. Four of those buildings survive today and form the museum in Lakewood located near the entrance to Western State Hospital and across the street from the city park that bears Fort Steilacoom’s name.

Kindle first learned about Kautz when she was a graduate student with the PSU history department and working as a research assistant on a joint project through PSU and the National Park Service at Fort Vancouver, which had close ties to Fort Steilacoom to the north. She graduated with a Master’s in history in 2019. She is currently an administrator at PSU.

To register to hear the talk online on Zoom, or to receive a recording of the talk, please sign up here https://us06web.zoom.us/meeting/register/tZcocO6prTktG9cog6VAxobvxSNmUQClyn9T

Historic Fort Steilacoom acknowledges the complex history of the Fort and its role in the colonization of the area. We are actively working to incorporate the diverse perspectives and experiences of all individuals and communities who interacted with the Fort