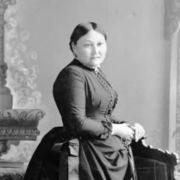 This Women’s History Month, Fort Steilacoom Museum in Lakewood is honored to focus on the history of women in the early creation of Washington Territory through a series of three videos found at https://historicfortsteilacoom.org/video/
The three videos illuminate the lives and activities of women who lived in Puget Sound in the 1840s, 1850s and 1860s. We hope the videos will be of particular value to living history re-enactors and anyone else interested in the details of Washington Territory history.
Because the museum is privately supported, we are requesting a donation of $8.99 to view each video. The funds will help pay for needed repairs to the four 160-year-old buildings. The fort is entirely volunteer-run and receives no tax support for maintenance. The buildings need some urgent repairs this spring.
These are the three videos:
Several women were employed as laundresses at Fort Steilacoom, the first official U.S. presence in Puget Sound. Fort Steilacoom, established in 1849 and closed in 1868, played a significant role in the settling of Washington Territory.
Our association acknowledges the complex history of the Fort and its role in the colonization of the area. We are actively working to incorporate the diverse perspectives and experiences of all individuals and communities who interacted with the Fort.
Find all three videos here: https://historicfortsteilacoom.org/video/
The four surviving buildings are available for tours on the first Sunday of the month; tickets are available through Eventbrite at https://www.eventbrite.com/…/tour-the-four-buildings-of…
Historic Fort Steilacoom is located on the grounds of Western State Hospital at 9601 Steilacoom Blvd SW, Lakewood, WA 98498
https://secureservercdn.net/45.40.148.147/n8z.9d8.myftpupload.com/wp-content/uploads/2022/04/Catherine-Tumalt.png?time=1658351337 425 443 fortsteilacoom https://secureservercdn.net/45.40.148.147/n8z.9d8.myftpupload.com/wp-content/uploads/2019/02/FtSteilacoom_340x156.png fortsteilacoom2022-04-04 22:14:172022-04-04 22:14:55Fort Steilacoom celebrates women’s history with video fundraiser 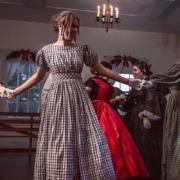 The history of Fort Steilacoom